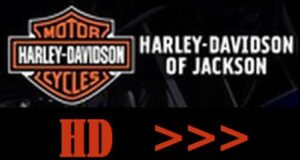 Harley-Davidson® of Jackson is one of the largest dealerships in the Southern United States!  The dealership has been at there current location on “The Hill”  in Jackson, Mississippi, since 1994.  The dealership offers an extensive inventory of new and used Harleys for sale. Plus, we can order you the latest Harley-Davidson models!

Harley-Davidson of Jackson also holds special events during the year, including the Trail Of Honor celebrated in mid-May and the John Sandifer/Doug Jones Memorial Toy Run in December. The Trail of Honor pays homage to all American warriors who have fought, and died, in this country’s wars, from the present back to the French and Indian wars. The Toy Run is an annual charity event that supports Jackson’s Baptist Children’s village. The event has become a major event for our local motorcycling public and includes bikes of all makes and models.

Harley-Davidson of Jackson has sponsored the HOG Chapter #2496 since 1989.